Since Caster Semenya was subjected to a femininity test at the 2009 World Championship in Berlin – which showed that her body naturally generates more testosterone than normal – the athlete has been at loggerheads with World Athletics.

Shortly after the event, regulations were drawn up for women with hyperandrogenism.

Under these rules, World Athletics prevent athletes who have to reduce their testosterone levels below five nanomoles per litre for a continuous period of at least six months from competing in certain events.

The Olympic 800-metre champion appealed this rule and opted not to medicate, so she has had to move up in distance in order to compete.

Now, in an exclusive interview on HBO Real Sports, the South African has come clean and accused the World Athletics board of “torturing” her with the medication she says she was forced to take.

After extensive testing, it was discovered that Semenya had internal testicles and had to be medicated, as per the new World Athletics rules, the athlete had to reduce her testosterone levels in order to compete.

“That medication made me sick,” Semenya said. “It made me gain weight, I had panic attacks, I didn’t know if I was ever going to have a heart attack. It’s like stabbing yourself with a knife every day.”

The athlete admits that she took the medication for several years before filing legal challenges to the rules on hyperandrogenism.

“I had no choice,” Semenya said. “I was 18, I wanted to run, I wanted to get to the Olympics, it was the only option for me.

Now she is making public the exchange she had with World Athletics lawyer Jonathan Taylor, who questioned whether the medication prescribed for Semenya was unhealthy.

“Why are the world’s leading experts saying that’s what we should be prescribing,” Taylor said at the time.

Now, Semenya has a message for him, saying: “Jonathan should cut out his tongue and throw it away.

“If he wants to understand how it has tortured me, he should go and take those drugs. Then he’ll understand.” 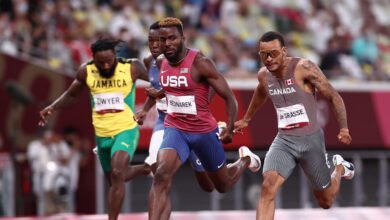 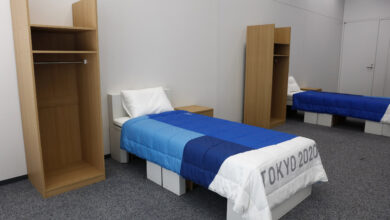 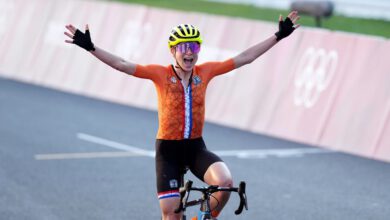