In a bid to ensure that the President Muhammadu Buhari, signs the Electoral Act Amendment bill along with the controversial mandatory direct primaries, some National Assembly members have expressed willingness to approve a loan for the Federal Government to fund the election should the budget surpass N500bn as being speculated.

This is just as the House invited the Independent National Electoral Commission (INEC) over funding challenges for direct primaries.

The National Assembly had on November 9, 2021, passed the bill which makes it mandatory for all political parties to elect candidates through direct primaries.

The bill was subsequently transmitted to the President on November 19 and is expected to sign it or return it to the National Assembly by December 19.

It was reported that the President had written a letter to the Chairman, Independent National Electoral Commission, Prof. Mahmoud Yakubu, seeking comment from INEC over the Electoral Act amendment bill.

INEC National Commissioner for Voter Education and Publicity, Festus Okoye, had told The PUNCH that the direct primaries would cost a lot more especially in terms of personnel. A tally by The PUNCH also showed that due to inflation, exchange rate and other related issues, the budget could surpass N350bn.

However, some other reports have it that the cost could be as high as N500bn. The Minister of Justice and Attorney-General of the Federation, Abubakar Malami (SAN), had repeatedly stated that Buhari would consider economic and security factors as well as the general interest of Nigerians before signing or withdrawing assent to the bill.

But the House of Representatives on Thursday said it was willing to allocate the needed funds to INEC to supervise the direct primaries to be conducted by political parties in the election of candidates for the 2023 general elections.

The House, therefore, invited the INEC chairman to come and make it known to the parliament what it would cost the country to conduct direct primaries for all parties.

The House is to make the provision in the 2022 Appropriation Bill which is under consideration by the National Assembly.

At the plenary on Thursday, the lawmaker representing Yagba-East/Yagba-West/Mopa-Muro Federal Constituency in Kogi State, Leke Abejide, moved a motion of urgent public importance to urge the House to invite INEC to declare the cost, “so that all the insinuations that that are going around can be cleared to the whole nation.”

Before the lawmaker moved the motion, he met with the Speaker, Femi Gbajabiamila,

Moving the motion, Abejide said the INEC chairman should “brief the Committee on INEC and Appropriations because now that we are considering the (2022) appropriation that is still within the National Assembly for possible consideration for whatever it is going to cost for these direct primaries.”

The lawmaker added, “We are all aware of the importance of direct primary and how it will transfer power to the real people, where they will be able to select or elect the people that will represent them from the Presidency down to the councillorship. And there has been a lot of noise about the cost implications.

“People have been saying that it will gulp N500bn but this is just hearsay, nobody has ever sat down to check the actual cost that it is going to cost the nation. It may be something that is within the capacity of the budget of INEC or something that we can even appropriate for, in this period that we are still considering this budget.

“So, it is important for us to invite the chairman of INEC to meet with the Committees on INEC in this hallowed chamber, and that on appropriations, for him to be able to tell them what is going to cost to do this direct primary.”

A lawmaker, who wished to remain anonymous, said a loan could be granted to ensure that INEC can execute its budget.

“No amount of money is too much to ensure that we have credible elections. Since we already grant loans for government projects, nothing stops us from approving loans for the execution of the election. Some of us are even willing to sacrifice the N100bn yearly constituency project fund to ensure that direct primary is adopted,” he said.

Meanwhile, prominent members of the House of Representatives told one of our correspondents that Nigeria would go ahead with direct primary, no matter the cost.

According to the lawmakers, direct primary is a critical step towards strengthening the country’s democracy.

Chairman of the House Committee on Finance, James Faleke, whose committee had always criticised the ministries, departments and agencies of the Federal Government for failing in their revenue generation and remittance towards reducing budget deficit and borrowings, stated that no amount is too much to protect democracy.

Faleke said, “How much is too much for democracy to prevail? We spend a little money to ensure that there are free and fair elections in this country from beginning to the end. Is it too much for Nigerians to accommodate? If there is no democracy, can there be free votes? So, for me, I think that the cost of direct primary is too minimal – too minimal – to all the other expenses and budget heads that we have.

“How much is direct primary? How much does it cost to do it? And what is this cost you are talking about? It is just supervised by INEC. And it is not (held) all year round, it is once (in four years). For example, if the APC wants to do primaries…APC and the PDP are the only two parties that have spread across the country. So, the cost of conducting primaries…the cost of supervising APC and PDP’s primaries is too small for us to jettison that bill.”

Also, speaking separately with Punch, the Chairman of the House Committee on Customs and Excise, Leke Abejide, stated that INEC had yet to announce what it would cost it to supervise primaries of the parties.

“We want to know what is going to cost them (INEC) if they are going to handle it. We have done our investigation, it is even less than N100bn. But we want to hear from them; let it come from INEC so that people will know that it is not what they are calling it. Let us hear from them and everybody will be at peace,” he said.

Abejide also stated direct primary is the best. He said, “We have previously tried indirect. At the end of the day, the party, if care is not taken, will scatter. You see people doing protest votes because the wrong candidates have been imposed on them and they don’t want the candidates. But if all the people in that political party happen to choose a candidate, they will be happy to vote for him (or her at the election).”

He added, “Again, why it is even good for INEC to be involved is because it should not be a kangaroo primary. If INEC is involved, it will now be a real primary whereby the votes will count. It is not that somebody will just sit down in their office and just write down names and figures.”

When asked if the government has the capacity to fund the mode of primary, Abejide said, “Yes, we can. If it is within N100bn. We can.”

On what if it cost N500bn as is being speculated, the lawmaker said, “Even with N200bn, we can still afford it.”

Abejide stated that what is more important is having quality leadership in the country that can truly serve the people. 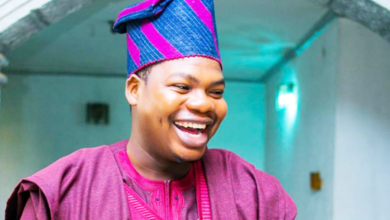 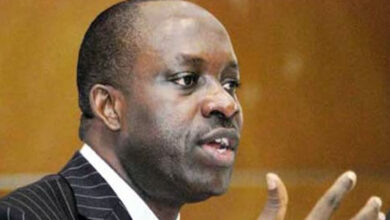 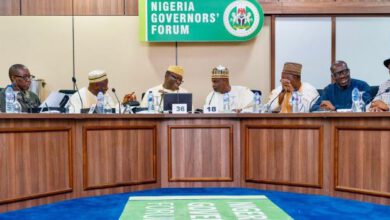