Barcelona regular Gerard Pique has sustained a calf muscle injury to miss his team’s visit to Dynamo Kyiv in the UEFA Champions League on Tuesday.

“Tests this morning confirmed first-team player Gerard Pique has a right calf strain and will be out for the foreseeable future,” Barcelona said on Sunday.

It did not cite a certain date for the Spanish central defender’s return.

A longtime Barcelona player, Pique, 34, pulled a muscle in his right calf during the match against Alaves on Saturday night.

Pique went off the pitch in the second half as Clement Lenglet took his place in the game that Barcelona were held to a 1-1 draw.

Barcelona will play a key Champions League group match against their Ukrainian opponents Dynamo Kyiv on Nov. 2 at NSC Olimpiyskiy.

The match in Ukraine will shape Barcelona’s future in Group E.

Third-place Barcelona have three points in three matches in this group led by German powerhouse Bayern Munich, which racked up nine points.

Benfica from Portugal have four points to come second.

Underdogs Dynamo Kyiv have bagged one point so far to bottom the group.

In the previous fixture, Barcelona beat Dynamo Kyiv 1-0 at Camp Nou Stadium on Oct. 20 as Pique scored the winning goal with a close range volley in the first half. 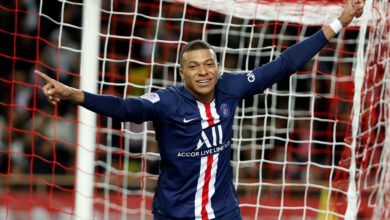