Hundreds of candidates of the Unified Tertiary Matriculation Examination were left stranded and frustrated at some centres in Lagos and Abuja on Saturday.

The 2021 UTME, organised by the Joint Admissions and Matriculations Board, began nationwide on Saturday and is expected to run in three sessions till July 3, 2021 at the various JAMB-approved Computer Based Test centres.

However, while the exam ran smoothly at some centres, candidates at some Lagos and Abuja centres were stranded due to system malfunctioning.

For instance, at the Sweet Valley Educational Centre, located at Governor’s Road, Ikotun, Lagos, one of our correspondents learnt that out of at least 800 candidates who registered at the centre, only 30 were able to sit the exam on Saturday.

Three batches of candidates were supposed to sit the exam between 7 am and 2 am at the centre, but as of 3 pm, only 30 candidates out of the at least 800 students had taken the exam.

Obviously frustrated, many parents who were at the centre with their children asked JAMB to close the centre.

A parent, Mr Marcus Akingboyegbe, said, “My son, who is one of the candidates have been here before 7 am when the first batch of candidates was supposed to sit the exam. This is 3 pm and I still don’t know my son’s fate. What is the fate of other candidates? Many parents are also here with their children.

“My son called me because he didn’t know why he had been unable to sit the exam; that’s why I came to the centre. They said the server was down and they had not been able to fix it.”

Another parent, Mr Tunde Gbadebo, said his daughter had been left devastated by the incident.

“She had been at the centre since 7 am and up till 3 pm, she and many other candidates have not been able to sit the exam. They said there’s a system shutdown. They want to reschedule the exam. My daughter is frustrated,” he said.

Also, Mrs Agnes Iluyomade, whose child was also supposed to sit the UTME at the centre, said JAMB should close the centre due to some reasons.

“The centre is in disarray. We have been here since morning doing nothing. The first batch of students are still here. Many candidates are crying; they are devastated.

“The environment is not even conducive. This centre should be closed; I wouldn’t know who accredited it. It’s close to a dunghill. There has been offensive odour emanating from the dunghill since morning,” she said.

An official at the centre, Mr Kayode Ilori, said the exam would be rescheduled due to the system shutdown.

He said, “As we speak, less than 30 students have been able to sit the exam today. There are between 800 and 1,000 candidates who registered at this centre.

“The exam has been rescheduled and the new exam date and time will be communicated to the stranded candidates within 48 hours. They will be informed via SMS.”

Also, in Abuja, Punch observed that while the exam went smoothly at some centres, some other centres experienced technical issues which left many students stranded.

Confirming the experience to journalists, a JAMB official, Mr Abdulrahaman Balogun, said some of the centres he monitored had technical issues.

He said, “Some centres experienced technical issues, e.g., the Junior Secondary School in Jikwoyi. For almost one and a half hour, the system packed and they had to quickly bring in some of their technical staff to work on it.

“As of the time I left the place at 9.18 am, they were still working on it, which means they had not started the exam.”

It was reported that apart from system glitches, power outage also marred the UTME at some centres in the Maraba area of Abuja.

Reacting, the Head (Protocol and Public Relations), Dr Fabian Benjamin, acknowledged that there were hitches at some centres and said those who missed Saturday’s exam would be asked to retake it.

He said centres with challenges had been delisted from continuing with the examination.

He said, “The examination was conducted at 757 centres across the country. The first day of the 2021 UTME was seen as largely successful, though with few hitches, which are normal with the take-off of such a huge exercise. There were a few centres that failed and candidates who were unfortunate to be at such failed centres would have their exam rescheduled.

READ ALSO: Spain Fail To Impress In Draw With Poland

“No candidate who registered to sit this examination would be denied his/her right to take the examination. We certainly envisaged that there would be one or two challenges, given that these centres are privately owned.

“We have made sufficient arrangements to mitigate such failures and delays and one of the interventions is to immediately move the candidates to other centres on subsequent days for the candidates to sit the examination.” 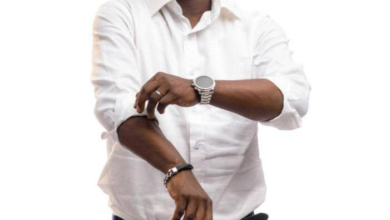 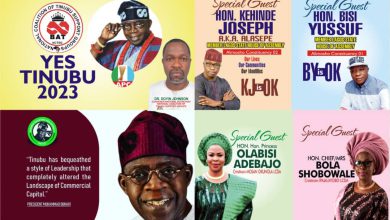 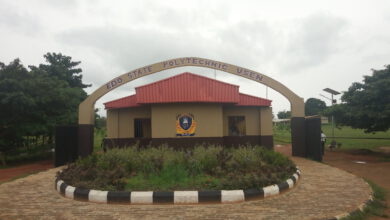