The Chairman, Senate Committee on Industries and the Senator representing Lagos East Senatorial District, Distinguished Senator Mukhail Adetokunbo Abiru, FCA today on the floor of the Senate led a debate on the Franchise Regulation Bill, 2022 that seeks to create a framework for franchise system and guide the relationship between franchisors and franchisees in Nigeria.

In his argument, the Lagos East Senator averred that it is imperative for the nation to have statute that will regulate the franchise system in the country in accordance with global best practices.

“As part of our efforts to enhance economic development of our great nation, I hereby propose the passage of this Franchise Bill, which basically seeks to create a framework for the regulation of Franchising and to guide the relationship between Franchisors and Franchisees and for Related Matters’’, Senator Abiru urged colleagues.

He argued further that: “Laws enacted by this hallowed Chamber must therefore be directed towards ensuring: the promotion of a planned and balanced economic development; and the material resources of the nation are harnessed and distributed as best as possible to serve the common good”.

Abiru, a seasoned financial expert and retired Bank Chief Executive listed many foreign and local companies that exploring enormous opportunities for business expansion and growth through franchising. According, to him there is need to have a legislation to regulate Franchise as a business model in the wake of growing frustration of Franchisees.

He said, “Today, there is no single statute that regulates franchising or guides the relationship between franchisors and franchisees. Although there are a number of countries that do not have any single statute on franchising, the trend today is that there is a growing need to protect and stimulate the franchising model through legislation. Franchise laws have been passed in Malaysia, Canadian regions, states in the United States of America and 78 other countries to mention a few.

‘’My findings suggest that local and foreign franchisors have abused their positions by insisting on terms that have whittled down the franchise model and led to the closure of several franchises.

‘’Several gaps that can be breached through this Bill have been identified. Let us take a Pizza franchise for example – a business man is the franchisor of a foreign Pizza and he licenses me as his Franchisee. The typical arrangement may be that for each Pizza sold, I pay the Franchisor, N5 (Five Naira). If I develop a new menu called DODO Pizza, which becomes popular such that other franchisees adopt it, should the franchisor, collect N5 (Five Naira) for my new menu from me and other franchisees without sharing this with me? Today, the absence of regulation by way of statute has left many franchisees in the cold. This Bill sets out to ameliorate this!

‘’Mr. President, Distinguished colleagues, a legislation and legal framework is desirable to regulate this very important emerging business strategy and this is the reason I am coming up with this bill.

‘’No agency is mandated to step in if it is found that the franchisor engaged in deceptive practices in connection with the offer and sale of franchises. It is for this reason and the need to avoid the establishment of another Agency that the bill proposes that the National Office for Technology Acquisition and Promotion established by the National Office for Technology Acquisition and Promotion Act Cap N62 Laws of the Federation of Nigeria, 2004 shall be “the implementing agency”) responsible for the implementation of the provisions of this Bill. In this regard the bill does not have any financial implications’’. 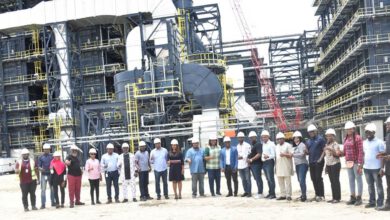 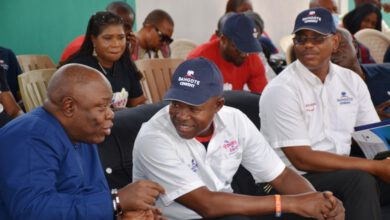 Dangote Fertiliser To Train Over 1 Million Farmers In 3 Years 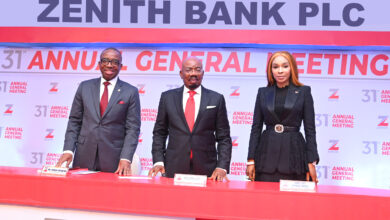 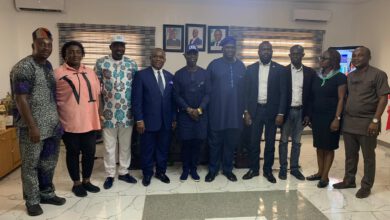