However, a counter-terrorism expert and Senior Researcher for the Lake Chad Basin Programme at the Institute for Security Studies, Dakar, Senegal, Dr Akinola Olojo, has said that President Muhammadu Buhari and other African leaders must take responsibility for the security of their citizens, noting that the entire burden cannot be pushed on foreign countries.

He spoke against a backdrop of Nigeria and African countries getting United States help in the fight against terrorists and other criminals in the region.

Olojo said, “The relocation of the United States Africa Command from Germany to Africa would depend on a number of factors anchored on the foreign policy priorities of the US in the current period. Beyond this, however, is the need for Nigeria (and African countries) to be sincere with a self-interrogation regarding whether the relocation of an external entity such as AFRICOM will address Africa’s challenges of insecurity.

“The ultimate burden of responsibility for ensuring the human security of African citizens lies on the leadership or governments in Africa. The presence of French troops supporting the G5 Sahel Joint Force for nearly a decade has not really solved the fundamental or root causes of the crisis affecting Mali, Niger and Burkina Faso. To be clear, there is nothing wrong with global partnerships when it comes to addressing insecurity. Besides, challenges such as violent extremism have a transnational character and in early 2020, the US and Kenya launched a joint terrorism task force. As long as such frameworks are mutually beneficial, this is good.

“However, the governments of Nigeria and countries in Africa must begin to live up to the responsibility entrusted to them by citizens. In other words, leadership in Africa must inspire and drive the process for implementing the different policy frameworks and national action plans which already exist on the continent.”

Meanwhile, a government official familiar with US operations said even if the US chose to relocate its AFRICOM to Nigeria or any part of the West Coast, it would come with its own challenges which might affect Nigeria or its neighbours adversely.

The official, who spoke on condition of anonymity because he was not authorised to speak on the matter, said, “Bringing AFRICOM to Africa or Nigeria will be a major problem for Nigeria and the African continent. Bringing AFRICOM to Nigeria, for example, will be tantamount to inviting or attracting all the enemies of the US, including global terrorist organisations, to the host country. Such a host country will become a subject of attack from terrorist organisations.”

President Joe Biden had in February stopped the planned withdrawal of US troops from Germany that was ordered last year by the Donald Trump administration but had never actually begun, Associated Press reported.

Biden said the troops’ pullout would be halted until the US Defence Secretary Lloyd Austin did a review of America’s troops presence around the globe.

Austin, he said, would ensure that “our military footprint is appropriately aligned with our foreign policy and national security priorities.”

READ ALSO: JAMB Nabs 50-Year-Old, One Other Over Impersonation

In a statement, Austin said the US Department of Defence would conduct “a global force posture review of U.S. military footprint, resources, strategy and missions.”

The review, he said, “will inform my advice to the commander in chief about how we best allocate military forces in pursuit of national interests. The review will be led by the acting undersecretary of defence for policy, in close consultation with the chairman of the Joint Chiefs of Staff.”

Last year, President Trump announced that he was going to pull out about 9,500 of the roughly 34,500 US troops  stationed in Germany. The US has several major military facilities in the country, including Ramstein Air Base, the headquarters for US European Command and US Africa Command, and Landstuhl Regional Medical Centre, the largest American hospital outside the United States.

Trump’s order met resistance from Congress as well as from within the military, which has long relied on Germany as a key ally and base of operations. Trump announced the troop cuts after repeatedly accusing Germany of not paying enough for its own defence, calling the long time NATO ally “delinquent” for failing to spend two per cent of its GDP on defence, the alliance benchmark.

Austin hinted at a likely reconsideration of the order in a conversation with his German counterpart.

German officials believe the order will be rescinded by the new administration, and the German Defence Ministry said that in Austin’s call with his German counterpart, he “emphasised that Germany is highly valued as a station and that American soldiers feel very comfortable here.”

“The US continues to consider its presence in Germany as an important part of joint security,” the Defense Ministry said.

Dangote Advocates Unity, Cooperation Among Africans To Get Global Recognition

Dangote Advocates Unity, Cooperation Among Africans To Get Global Recognition 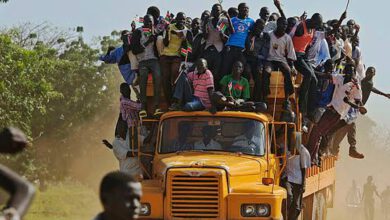 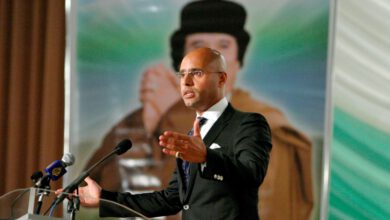 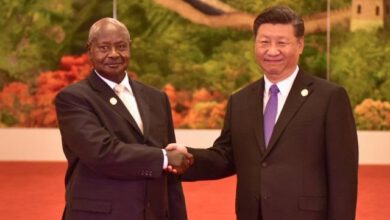 Uganda To Lose Only Int’l Airport To China Over Debt